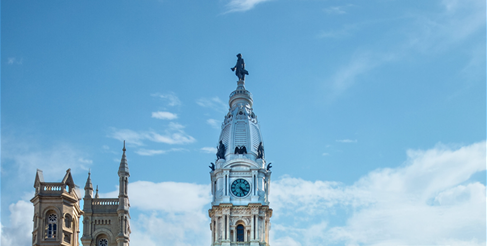 There was a time when executives at colleges and universities didn’t have to sweat every decision that affected the long-term financial health of their institutions.

All they had to do was raise tuition rates for ever-increasing numbers of students.

That time is gone, particularly in the Northeast and the Midwest, where the number of high school graduates is declining, forcing schools to be more careful with money when hiring faculty for a new program.

“Everybody is pausing for these things today. They might not have in better years. These decisions are bigger because the margin for error is much smaller,” said Frank Candio, a vice president at PFM Solutions LLC, a Philadelphia company that is rolling out a salve for more difficult times: a new financial planning program for higher education, public schools, and local governments.

Executives at several universities said PFM’s new [Whitebirch, now Synario] multi-year planning software, which it bought in late 2015, represents a big leap over the Microsoft Excel-based system that PFM, a major provider of consulting, asset management, and financial advice to governments and nonprofits, provided to clients.

“It’s way more robust than Excel, which is what most schools use right now. That’s why we like it. It’s more comprehensive,” said Wendy S. Starner, associate vice president for finance and enterprise risk manager at Franklin and Marshall College in Lancaster. It arrives at a time when schools need a better handle on everything, not just the everyday business of teaching, but also the cost of buildings and debt ratios, for example, Starner said.

While wealthy and selective colleges such as F&M have ample financial breathing room, much of the higher-education sector has a harder time getting by. Last month, Moody’s revised its 2018 outlook on higher education to negative from stable, predicting that aggregate annual operating revenue growth will come in at 3.5 percent while expenses will increase by 4 percent. In response, 15 percent of colleges and universities will be forced to cut costs, the ratings agency said.

Of the 20 Philadelphia area colleges and universities that have reported fiscal 2017 financial results, nine had unrestricted operating losses. Growth in net tuition revenue — the lifeblood of most higher education institutions — has fallen over the last five years at eight Philadelphia-area schools.

That’s because Excel requires many links and formulas, and the more there are, the more likely it is that one of them will get broken as the Excel tool is used in various departments of a college.

While Excel is a blank slate, [Whitebirch, now Synario] has built-in rules that enforce an overall structure and guarantee. Once a formula is written, it can be set up as a template that will not change.

Besides being prone to breakdowns, the Excel-based tool that PFM used to provide to clients (called Future Perfect) was harder to use.

PFM, formerly known as Public Financial Management, was founded in Philadelphia in 1975 as a municipal finance consulting firm, but now provides services to a wide range of governments and nonprofits. Employment at PFM, which has 35 offices in 26 states, has climbed to 650 from about 500, over the last three years.

“With Future Perfect, we had to spend more time in Excel spreadsheets. We had to toggle back and forth between spreadsheets,” said David Carson, vice president of business services and chief financial officer at Flagler College in St. Augustine, Fla. Creating a PowerPoint to present to the board of directors took multiple steps.

With [Whitebirch, now Synario], “we can push a button and build the PowerPoint presentation,” Carson said.

That’s very helpful when presenting to different groups within the college, Carson said.

“I’ll sit in a room with, say, the faculty senate. The faculty senate will say, ‘Well, why can’t you give us 8 percent raises?’ Now what I do is I log in to [Whitebirch, now Synario] and I put in a salary increase of 8 percent and I show them what happens to us from a financial perspective,” Carson said. “It’s a lot easier than with Excel spreadsheets.”

The core advantage of [Whitebirch, now Synario] is the ability to easily test various scenarios, especially those involving enrollment.

“Our business of higher ed is very much focused on enrollment,” said Joe Smith, associate vice president for finance at Gonzaga University in Spokane, Wash., a PFM client for more than 10 years. In his job, Smith has to keep track of the number of students, the rate they pay, how much financial aid they get, whether they live in a dorm and have a meal plan, and how many will still be around in the following year.

What happens if the school enrolls 50 fewer students in a class?

[Whitebirch, now Synario] takes all of that into account, plus additional layers such as endowment returns, and then calculates the knock-on effects over several years, Smith said.