What is Sensitivity Analysis and How Can It Help Your Organization?

What if you had the power to see every possible outcome of your business decisions and confidently make decisions about your organization’s financial future?

Building an agile organization capable of withstanding and adjusting to ever-changing market conditions means being able to identify, with a high degree of certainty, how your organization could be impacted by unexpected events.

This is where sensitivity analysis comes into play. It helps organizations identify critical internal and external drivers that impact their choices, as well as how sensitive their financial models are to each of those variables.

Let’s go over what sensitivity analysis is used for, how it’s conducted, and how you can use it to steer your organization towards better decision-making.

What is sensitivity analysis?

All financial models are built with certain assumptions. These assumptions often take the form of input and output variables (also called independent and dependent variables). An analyst performing sensitivity analysis examines different combinations of these variables, their interrelationships, and how they impact business decisions and outcomes.

Also known as “what-if” analyses and “stress tests,” sensitivity analysis is often performed as a type of risk analysis and is very important in risk management and contingency planning. In a stress test, the sensitivity of a particular financial model to a set of independent variables is determined by running the model through extreme events (such as COVID-19).

When push comes to shove, can the model survive all possible worst-case scenarios?

What is Model Sensitivity?

Here are some examples of how a financial model may be sensitive to changes in specific inputs:

In unprecedented or difficult times, answering critical operational questions like these as accurately as possible makes it easier for decision-makers to confidently reach a consensus on the best decisions for the organization.

It’s easy to mistake sensitivity analysis for scenario analysis and vice-versa. After all, both are used by analysts in risk management and contingency planning and share several similarities.

How will the university’s endowment determine which project makes more fiscal sense?

Using sensitivity analysis, analysts might determine that both projects, which require financing, are very sensitive to a longer timeline for a vaccine because of the lost room-and-board costs. But the new dormitory construction is much less disruptive to in-person and virtual science classes because no students or teachers will have to be relocated.

Using sensitivity analysis alone, the university might decide that building the new dormitory first may make more sense. But using scenario analysis, the university might review many other scenarios, including one in which neither project commences. They may actually decide that the best course of action, while COVID-19 continues unabated, is to simply do nothing at all.

While no one can accurately predict the future, that doesn’t mean you shouldn’t try. Predicting points of failure and vulnerabilities ahead of time helps your organization stay solvent with plenty of cash equivalents on hand.

Unsurprisingly, sensitivity analysis and stress tests, in general, are very commonly used on Wall Street by financial organizations, such as banks, funds, and portfolio managers.

The most well-known example of sensitivity analysis is the Comprehensive Capital Analysis and Review (CCAR), conducted annually by the Federal Reserve Bank. The CCAR is used to assess whether the largest bank holding companies in the U.S. can weather worst-case market scenarios, such as sudden market crashes, high default rates for mortgages, and political upheavals.

As an example, in the most recent COVID-19-driven market crash, some hedge fund managers (like Bill Ackman) made fortunes as the markets were nosediving by diligently conducting scenario and sensitivity analysis. As Warren Buffett is so fond of saying, “Be fearful when others are greedy, and greedy when others are fearful.”

See How You Can Run Your Sensitivity Analysis Quickly 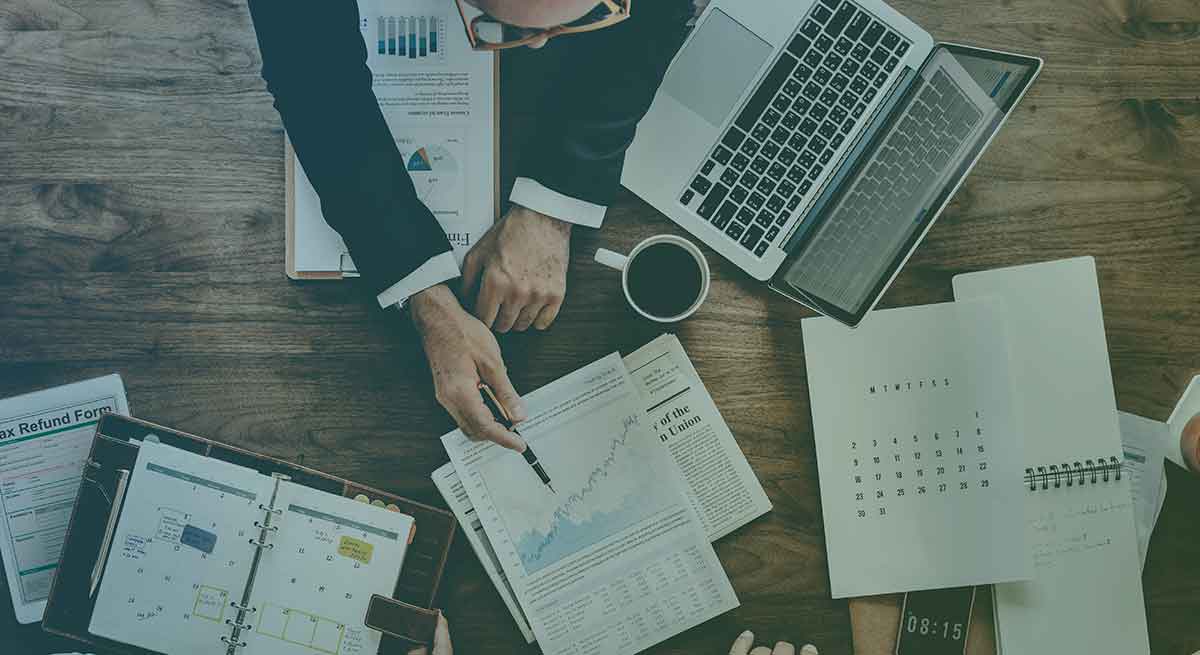 How to do Sensitivity Analysis

Every sensitivity analysis can be simplified into three major steps:

In sensitivity analysis and scenario planning, the three most common scenarios are called:

Once a realistic base case scenario is identified, analysts must decide which independent and dependent variables are most relevant to the outcome.

For example, net present value, which accounts for the time value of money, is often used to determine whether projects will be profitable. NPV takes into consideration initial capital, the acceptable rate of return, and the return on investment from cash flows.

Once the inputs and outputs are determined, analysts perform sensitivity analysis on the assumed independent variables one by one to rigorously test how sensitive their base case is to even the smallest changes.

It’s important to use the base case as a frame of reference for the OAT analysis because it serves as a control. Without a realistic base case scenario, there is no way to reliably determine how the best-case and worst-case scenarios might be impacted.

After all, in the real world, multiple-input variables are likely to change all at once or one after the other, often in extreme and unpredictable ways.

You can test your input and output variables by following this simple four-step process:

Here’s the main formula that analysts use to calculate the sensitivity of output variables to changes in input variables:

The exact function formula will vary depending on the specific relationship between variables, which will be unique to the scenario you’re analyzing.

In order to determine whether a project or investment is worthwhile, analysts may look at net present value (NPV) as the output (dependent variable) in their sensitivity analysis. NPV helps you see whether a project is profitable using the following formula:

“t” is an incremental unit of time (such as # of years)

If the result of the NPV calculation is positive, the investment will yield the desired returns. If it’s negative, it won’t.

Let’s look at a real-world example of how sensitivity analysis might help a retailer decide where to focus their efforts in 2021. In 2019, they sold 225,000 units of their flagship product, Product A, at $49 per unit, which resulted in $11,025,000 in revenue. Some of their sales came from website visitors, while others came from in-store purchases.

The company’s financial analyst was tasked with determining the sensitivity of sales to website traffic vs. foot traffic. The analyst organized previous sales history in the following manner:

At a glance, the analyst realizes that store traffic had actually decreased in 2018 before recovering slightly in 2019. But it was still below 2017 levels. Meanwhile, website traffic increased significantly in both years. He reasonably concluded that the YoY sales and revenue increases were both solidly due to growth in website traffic.

Due to the COVID-19 pandemic shutdowns, store traffic plummeted to the lowest levels in the retailer’s history. Website traffic also fell, but not by nearly as much. Overall, revenue fell by 46.2% compared to 2019.

Clearly, website sales were less sensitive to the shutdowns than store sales, which makes perfect sense. More importantly, website overhead and associated expenses were significantly lower across the board:

Without looking at the cost of certain fixed overhead expenses, which remained the same across both websites and stores (such as employees and vendors), the analyst was able to determine that although website costs rose faster relative to store costs, website expenses were still much lower as a percentage of website sales and revenue.

The analyst was also able to determine that despite ramping up advertising costs in 2020, website sales were still down, just like store sales. He reasonably determined that there was another variable the retailer’s customers had been particularly sensitive to in 2020: price.

The analyst’s final recommendation to the retailer? Continue lowering store costs (or close stores entirely), continue to increase online advertising budgets, and drop the price of Product A by 20% for six months, then by 10% for the next six months.

Will his recommendations work in 2021? Only time will tell. But the analyst can confidently state his case—and the retailer can more confidently make a strategic decision—after reviewing the results of this sensitivity analysis.

The most popular tool by far for conducting sensitivity analysis and building financial models remains Excel. Unfortunately, spreadsheets leave a lot to be desired. They require a lot of repetitive, manual entry, leaving little room for error.

There’s also no easy way to create a multidimensional analysis in a two-dimensional spreadsheet. Analysts often have to go back to the drawing board and build new spreadsheets from scratch every time stakeholders come up with a new set of questions that need to be answered.

Not only does this help analysts uncover key drivers faster, but it also lets them stress test their models across countless scenarios in a fraction of the time it would take in spreadsheets.

Synario’s intuitive interface and vast library of prebuilt algorithms allow modelers to conduct advanced what-if analyses at the macro- and micro-scenario level without the need for hours of tedious and repetitive manual entry.

When it’s time for analysts to meet with decision-makers and present their findings in the board room, Synario’s Presentation Mode makes it easy to visualize the impacts of any executive decision—and to make changes that are automatically reflected mid-presentation.

Join hundreds of public and private organizations around the world and invest in your company’s financial future with Synario’s patented Multiverse Modeling™ solution.

This website uses cookies to improve your experience while you navigate through the website. Out of these, the cookies that are categorized as necessary are stored on your browser as they are essential for the working of basic functionalities of the website. We also use third-party cookies that help us analyze and understand how you use this website. These cookies will be stored in your browser only with your consent. You also have the option to opt-out of these cookies. But opting out of some of these cookies may affect your browsing experience.
Necessary Always Enabled
Necessary cookies are absolutely essential for the website to function properly. These cookies ensure basic functionalities and security features of the website, anonymously.
Functional
Functional cookies help to perform certain functionalities like sharing the content of the website on social media platforms, collect feedbacks, and other third-party features.
Performance
Performance cookies are used to understand and analyze the key performance indexes of the website which helps in delivering a better user experience for the visitors.
Analytics
Analytical cookies are used to understand how visitors interact with the website. These cookies help provide information on metrics the number of visitors, bounce rate, traffic source, etc.
Advertisement
Advertisement cookies are used to provide visitors with relevant ads and marketing campaigns. These cookies track visitors across websites and collect information to provide customized ads.
Others
Other uncategorized cookies are those that are being analyzed and have not been classified into a category as yet.
SAVE & ACCEPT
Powered by